Unfortunately, I’m not able to be with you in person because I returned to deal with the security situation in Israel after that criminal rocket attack from Gaza on our territory.

We responded with great force. In the last 24 hours, the IDF destroyed major Hamas terrorist installations on a scale not seen since the end of the military operation in Gaza four years ago.

Now I’m just coming from a meeting with our Chief of Staff and our senior command. And I can tell you, we are prepared to do a lot more.

In the midst of these events, I wanted to speak to you and say two words. Thank you.

Thank you, AIPAC. Thank you for bringing together 18,000 proud Americans – and more than 4,000 American students – who stand with Israel.

Thank you for working year after year, decade after decade to strengthen the remarkable alliance between our two countries. And I can tell you that alliance has never been stronger.

Thank you for working to strengthen support for Israel on both sides of the aisle, Democrats and Republicans alike. That is how it has always been and that’s how it should always be.

The Golan Heights is indispensable for our defense. It’s part of our history. When you put a shovel in the ground there what you discover are the ruins of ancient synagogues. Jews lived there for thousands of years and the people of Israel have come back to the Golan.

Israel holds the high ground, and we shall never, ever give it up. It is part of Israel.

So on behalf of all the people of Israel, thank you, President Trump and thank you for all the historic decisions you have made.

I’m sure you remember that in 2015, I went to the American Congress. I spoke out against the disastrous nuclear deal with Iran. In 2018, President Trump walked out of that bad deal. He restored American sanctions against a genocidal regime in Tehran that vows to destroy the one and only Jewish state. He recognized Jerusalem as Israel’s capital. He moved the American embassy there.

Ladies and gentlemen, in recent weeks, we’ve heard a lot about the rise of forces who want to pull America and Israel apart. So I can tell you one thing. I guarantee you this. They will fail. They will fail.

But having said that, I will also tell you we must never take anything for granted.

Despite what they claim, they do not merely criticize the policies of Israel’s government. G-d I’m used to that. That happens every five minutes. They do something else. They spew venom that has long been directed at the Jewish people.

Ladies and gentlemen, you know what the best way to respond to this kind of hatred is? We read it. We read it just a few days ago in the Book of Esther when Mordechai confronted Haman of Persia.

The best way to respond to those who hate the Jews is not to bow down to them. It’s to stand up to them.

So I have a message to all the antisemites out there – whether they live in modern Persia, in the palaces of Tehran or the bunkers of Beirut; whether they march through the streets of Charlottesville or murder worshippers in a synagogue in Pittsburgh; whether they voice their hatred in political parties in Britain, or Europe, or the United States…

The Jewish people do not bow down. We stand up. We fight. And we win.

My friends, ladies and gentlemen, some people will just never get it. They’ll never understand why the vast majority of Americans – Jews and non-Jews alike – support Israel.

Take it from this Benjamin, it’s not about the Benjamins.

The reason the people of America support Israel is not because they want our money, it’s because they share our values. They just don’t’ get it. It’s because America and Israel share a love of freedom and democracy. It’s because we cherish individual rights and the rule of law. It’s because we don’t judge people by the color of their skin, their religion or their sexual orientation.

But Israel is also the one and only country on earth in which the Jewish people exercise our collective right of self-determination. And that right is expressed in the Star of David that is on our flag, in the Hatikvah that is our national anthem, in Hebrew our official language and most powerfully, in the right of every Jew across the world to automatically immigrate to Israel and become a citizen if they choose to do so.

It is these features of our collective existence that the Nation State bill enshrined into an historic constitutional law. And contrary to the false attacks and allegations, it did not denigrate any individual rights, which remain sacred and equal for all our citizens. And it will always be that way.

That is why we all celebrate today the democratic, Jewish State of Israel. We know the truth.

I hope the people of Israel continue to allow me to lead them for many years to come.

Thank you AIPAC. Thank you all for standing with Israel. 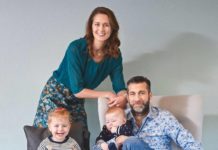 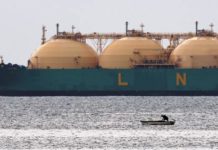 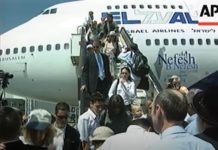 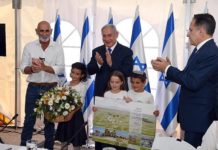 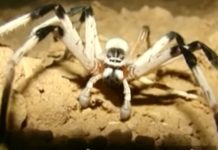 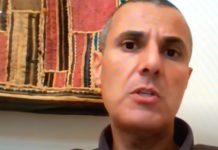