I would like with your permission to say something personal.
Generally, generals are suspected to love wars, especially when it
comes to me. And I have been described for many years as a general who
was looking for wars. So I would like to say a few personal things.

I had a bad experience participating in all the wars and the major
battles of the state of Israël in the last 50 years. I commanded maybe
the best units and formations of the Israëli army, and always in the
hardest parts of the battles.

I saw the horrors and the fears of war. I saw my friend being
killed. I was badly injured twice in battle, and I felt those terrible
pains in hospitals. I had to take decisions of life and death, of
others and of myself. And therefore I believe that I understand the
importance of peace better than many of the politicians who speak about
peace but never had that experience.

For me, peace should provide security to the Jewish people and peace
for generations. We have to remember that the Jews have one tiny
country where they have the right and the power to defend themselves by
themselves, and we have to thank God every day that we have that. And
we have to preserve it. I believe we need a new approach to reach the
peace, a multi-stage plan.I strongly believe that the so-called “Camp
David Plus” – the new thing that appears now, that says that the
concessions that the Israëli government has made are not sufficient,
that Israël now should make more concessions – is a dangerous approach.

To those that have the view that we are facing a situation that
dictates either a peace now, at any price, or war, let me assure you:
This is not the case. It might serve some people’s agenda to portray it
in this light, but it’s simply not so, because there is wide enough
gray area between an immediate peace, at any price, and war. And many
things can be done in this gray area.

I would like to emphasize that we can deal effectively with the
present security situation. We have done it in the past. We need the
determination and the commitment. And I speak about steps that will
contain escalation, because I don’t think we need escalations, but
there are many steps we have not taken yet.

I would like to emphasize that peace is very important for us, but
it is not less important to the Palestinians. And that should be
remembered. We need peace, we want peace – but we are always asked this
question: What are you ready to give for peace? The time has arrived
that the Palestinians – or any other Arab country – should be asked
this question: What, gentlemen, because peace is important for you not
less than for us, what are you willing to do for peace?

Ladies and gentlemen, we still can control our destiny. United, I
believe, we can win the battle for peace. But it must be a different
peace, one with full recognition of the rights of the Jews in their one
and only land: peace with security for generations and peace with a
united Jerusalem as the eternal, undivided capital of the Jewish people
in the state of Israël forever. 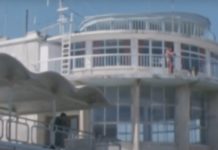 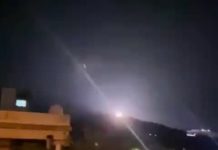 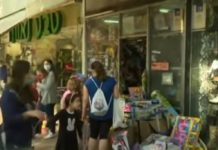 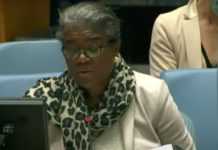 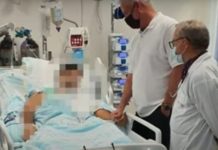