Amsterdam is a beautiful city that, nevertheless, does not always meet
its visitors? expectations. It is perceived of as being huge, while, in
truth, the population in its metropolitan area numbers less than
750,000. In fact, it can be traversed easily from north to south in two
hours flat, by bicycle ?of which there are almost as many as people.
Also, to set the record straight, while Amsterdam is the Dutch capital,
the Netherlands are ruled from the Hague, which lies west of Amsterdam
on the seashore.

Amsterdam also is known as a diamond center, which, sadly, is longer
true. The glorious history of its diamond trade is matched only by the
tragic way in which it shrank to a mere shadow of what it once was. For
centuries, Amsterdam was the capital of the diamond world. From the
city?s harbor, the ships of the Dutch East India Company sailed out to
bring back riches from its colonies and elsewhere?spices from the South
Sea islands, slaves from Africa that were headed for the Americas, and
diamonds from India. Later, diamonds began flowing in from Brazil. More
than two hundred years earlier, Amsterdam had opened its gates to Jews,
who were expelled from Spain in 1492, and from Portugal in 1508. Their
ancestors, who found their way into the diamond trade, maintained
business ties with Portugal. As a result, in 1725, the Dutch succeeded
in negotiating a contract with the Portuguese Crown to buy all diamonds
found in the newly discovered alluvial fields of Brazil. With the
development of the diamond trade in the city, the cutting industry
flourished. But, toward the end of the 18th Century, the center of the
rough diamond business shifted to London. This was the result of an
agreement by the British banker, Henry Hope, to back the Portuguese
rulers of Brazil.

It was at that time that an Amsterdam diamantaire named Gildemeester,
who was a large buyer of Indian and Brazilian rough from London, began
offering his own clients fixed quantities and qualities of diamonds,
selected and prepared in advance. The customers could either take or
leave the “box” which carried a non-negotiable price tag, and anyone
who turned a box down would be almost certainly be stricken from the
client list. Sound familiar? And this was about 100 years before words
like “De Beers”, “Central Selling Organization”, “sight” and
“sightholders” began entering the diamond lexicon. While London became
the dominant force in the rough diamond trade, Amsterdam remained the
preeminent polished diamond trade and cutting center. However, toward
the end of the 18th Century, with the drying up of the Brazilian
alluvial fields, the business went into a slump, and it was to remain
for more than half a century.

Salvation was to arrive in the 1870s, following the discovery of
diamonds in Kimberley, South Africa. At the lowest point of the slump,
50,000 out of the total city population of 250,000 were unemployed,
most of them diamond workers. Five years after the Kimberley discovery,
almost all were back at work.

Several other milestones in the diamond business were recorded in
Amsterdam during this boom period. In November 1894, the General Dutch
Diamond Manufacturers Union (ANDB) was established, uniting thousands
of diamond craftsmen. The employers reacted almost immediately, and a
year later they created their representative body, the General Jewelers
Union (AJV). Then, four years later, the first diamond exchange was set
up. Until then, most trade was conducted in coffee houses, where
lighting was bad, seating limited and security non-existent. The need
for a structured organization to regulate affairs and a building, where
business could be done in an orderly and secure man 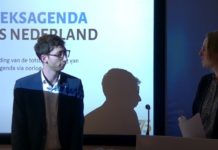 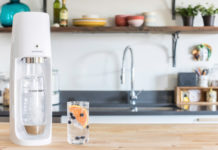 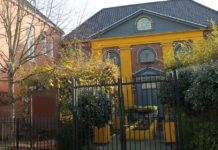 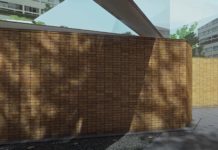 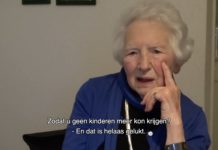