Torah commentators offer many reasons to explain the custom:
1) That without her Jewish history could not continue.
2) That the events occurred during the harvest season.
Sjawoe?ot is the harvest festival.
3) That king David was born on Sjawoe?ot.
The megilla of Ruth concludes with David?s lineage.
4) That Ruth was the model of Tora acceptance
5) To teach that Tora is acquired only through affliction and poverty.

But maybe the strongest parallel lies in the fact that Sjawoe?ot
commemorates the acceptance of the Torah by the Jewish people, and the
Book of Ruth describes the acceptance of the Torah by a single
individual through an act of conversion. In as much as we were all
converts at Mount Sinai, her experience is a reminder to us that we are
all Jews only thanks to our own act of Torah acceptance. Judaism is not
a racial trait and is not automatic for anyone; at bottom it is based
on conversion and Torah acceptance even for the children of Abraham.

Ruth was no ordinary convert. Her name gives us a clue to her essence.
In Hebrew, Ruth’s name is comprised of the letters reish, vav, tav,
which add up to a numerical value of 606. As all human beings have an
obligation to observe the seven Noachide commandments – so called
because they were given after the flood – as did Ruth upon her birth as
a Moabite. Add those seven commandments to the value of her name and
you get 613, the number of commandments in the Torah. The essence of
Ruth, her driving life force was the discovery and acceptance of the
606 commandments she was missing.

Thus Ruth is a Torah seeker par excellence who is held up to the rest
of us as the shining model of proper Torah acceptance. Ruth the Moabite
was looking for the missing 606 commandments not simply because she was
looking for the truth and the right way to live, although no doubt
these impulses were also a part of her drive to conversion. But
chiefly, she wanted to attach herself to God to cleave to Him, to
connect herself to the source of all life and being. If we could learn
to emulate Ruth in our own act of Torah acceptance, the act of Divine
service that is the essence of Sjawoe?ot, we would succeed in absorbing
the entire spiritual input offered by God on the Sjawoe?ot holiday.

Ruth was a Moabite princess according to tradition. She was used to the
best things in life. She was also a beautiful young woman in the prime
of life. The step she was taking would introduce her to a life of
poverty; her mother-in-law had lost everything she had through her
misfortunes and was returning home entirely destitute. So, in going
with Naomi, Ruth was leaving a life of high status to become a lowly
convert of questionable status. It was not even clear if a jew would
even permitted to marry her. A large part of her said, “Why go to
Israël? You can serve God wherever you are. After all these years of
living in a jewish house, you know all the laws and can observe all the
commandments right where you are. There is no need for this great self
sacrifice.”

Ruth was torn. But what she wanted was closeness to God, she wanted
attachment. Staying in Moab observing the commandments would not give
her that; only attachment to the people and traditions would. She
decided to go with Naomi to join the jewish people no matter what, and
even the strain of her inner conflict did not make it difficult for her
to keep up. This is when Naomi stopped discouraging her. Naomi
understood Ruth and saw that she was after an attachment to God. She
had absorbed the true message of judaism. Ruth the Moabite was looking
for the missing 606 commandments not simply because she was looking for
the truth and the right way to live, although no doub 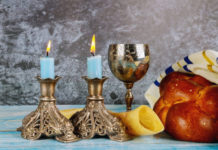 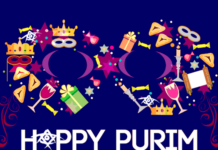 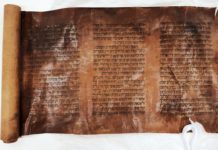 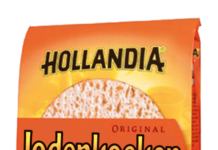 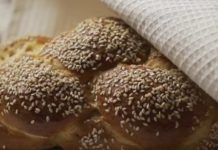 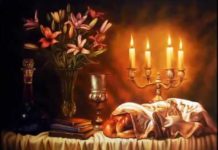