The Israëli people are experiencing a very difficult and frustrating period. The Palestinian Authority is responding with increasing terror. We are strong, and we do not see the Palestinian people as enemies, and we have no interest in a military confrontation or an escalation.The Palestinian people have made historic achievements thanks to the diplomatic negotiations, and if they return to the negotiating table, they will emerge with historic diplomatic achievements. Despite this, the PA continues with its incitement and does not prevent the brutal terrorist attacks.In the 1993 Oslo Accords, PA Chairman Yasser Arafat undertook to forsake terrorism, but he has not strategically changed his approach and continues to see terrorism as a means of gaining diplomatic achievements.Israël has shown that it is prepared to make very painful concessions. However, Arafat is insensitive to the Palestinians’ suffering. He does not value human life, and instead of leading the Palestinian people to additional achievements, he is leading them to catastrophe.Questions and doubts have arisen among the Israëli public as to whether it is possible to reach an agreement with Arafat. He is responsible for the bloodshed, therefore he can’t be a partner in the peace process.The State of Israël has the full right to defend itself and to prevent the spilling of its citizens’ and residents’ blood.The fight against terrorism, as the leader of the free world, the US, has shown, is a legitimate struggle. Terrorism has no legitimacy, but the struggle against it is vital.The success of acts of terror in one place leads to outbreaks of terror in others. If, God forbid, Palestinian terror succeeds in our region, no place in the world will be safe. There is no nation in the world that is immune to terror.Arafat prefers to be led in the direction of violence by the extremists in his camp instead of leading the Palestinians on a better path. He is irresponsible and endangers the entire region.The international community has the ability to use its influence to get Arafat to stop the violence. The nations of the free world, especially Europe, which has good relations with the PA, and the Arab states must tell Arafat that there is no legitimacy to acts of terror, to killing children, women, and old people, and that Europe will not agree to such awful acts leading to diplomatic achievements, and that otherwise they will sever all ties with him. And they must tell him that as long as the terror continues, the international community will not have diplomatic relations with him. I believe such a stance will be effective and useful, and that Arafat will then take practical steps to stop terrorism.Arafat speaks out of both sides of his mouth. Despite his many promises, Palestinian security personnel directly responsible to him have been involved in a number of terror attacks. There is no cycle of violence in the Middle East. The Palestinian side is the initiator of the acts of violence.Israël is ready at any time for a cease-fire. Israël has no intention of punishing the Palestinian public or taking vengeance upon it, but rather simply in protecting its citizens and residents and preventing terrorism. As soon as the terror ceases, there will be no need for the continuation of the blockades and liquidation of terrorists.I call on the leaders of the free world, especially Europe, to fight with us against terror. I call on the Israëli people to continue to be united, to continue to display a spirit of perseverance, a spirit of unity, a spirit of steadfastness and faith. We are in the right, and we have no alternative, and for that reason, we will triumph. 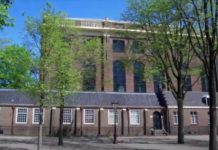 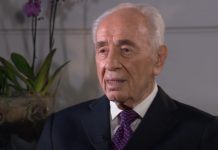 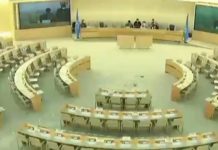 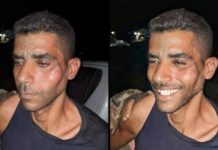 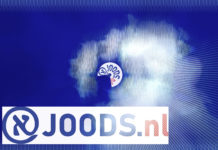